Romantic relationships—the one life aspect we hear a lot about growing up, but never really learn of in a formal setting. To this day, there are no classes in school teaching students how to find a suitable life partner.

At most, we learn about practicing safe intercourse with our partners, caring for one’s spouse and family, and maybe some old romantic tales from previous centuries.

The lack of education and the abrupt jump from one life stage to another leaves many hopeless romantics fumbling when seeking and entering relationships for the first time.

While it doesn’t really get simpler the more partners one has had, people do learn to adapt. Still, it’s not an easy feat considering every person we forge bonds with is different from the last.

This also means it doesn’t take much for some people to find themselves in precarious situations, like falling for a person who doesn’t exert as much effort in keeping the relationship afloat and thriving. Matters are made more complicated if it’s a toxic online relationship.

But what exactly is a toxic online relationship?

Feeling dubious about your relationship’s health?

Before overthinking and spiraling downwards, it’s important first to clear up what makes a healthy relationship. Experts say that the three (3) core components are:

Respect is one of the foundations of any relationship, especially the romantic kind.

Having respect for one another allows two people in love to be more honest, freely expressing themselves without fear of judgment. The presence of respect also means they value each other’s feelings, opinions, and needs.

The second foundation, trust, is a byproduct of respect.

Trusting our partners means that we’re secured in the knowledge that they won’t do us any harm, be it in a physical, emotional, or mental sense. Honesty, loyalty, and communication all heavily rely on this foundation.

Finally, we have affection. What is a relationship without affection? A dying relationship, that’s what. It’s also worth noting that affection in this case also relates to both emotional and physical affection.

If we feel for nothing for our partners, and vice versa, our relationship might as well be that of two strangers, distant acquaintances, or unrequited love. Much like how trust is a result of respect, affection is the same. We wouldn’t be able to harbor deep affection if we didn’t trust or respect our partners.

Of course, this core triad is supported by other love aspects such as communication, cooperation, and intimacy. But these three are the most critical in any relationship because when one is lost, it isn’t too long before the others fade away with it.

Couples who have lost one core component and do nothing to retrieve it are likely to face what many fear: a toxic online relationship.

Are You In A Toxic Online Relationship?

Knowing what creates the disaster known as a toxic online relationship is different from recognizing if one is stuck within it.

Even those who have had many partners may not see it at first, given how toxic relationships take multitudes of forms, all depending on the people we are with.

Below, we look at the different monsters that typically show themselves in toxic online relationships.

The Main Character is essentially the type of person who believes the world and, consequently, their partner’s life should revolve around them.

These individuals often come off as charming, charismatic, and doting at the beginning, which leads to their partners’ enchantment. This is when the Main Character pulls away emotionally, leaving the enchanted desperate to get their attention back to recreate the ideal relationship with their “perfect” match.

As we all know, relationships are all about reciprocity, something the Main Character isn’t exactly keen on. Their narcissism makes them want to take and take, giving nothing in return. This scenario may lead to doormat tendencies in the enchanted partner, where they’re so desperately eager to please the Main Character to make them stay.

Doormat tendencies vary from person to person, but it usually involves hiding one’s thoughts and feelings to prevent a negative reaction from the Main Character. In time, the enchanted person becomes more of a Yes Man. Another instance is when the enchanted partner takes more and more responsibility for the Main Character, acting more as a Caregiver or even Benefactor instead of a person in equal standing, with equal obligations and benefits.

In a digital setting, the tendency to please may manifest in canceling plans with people from real life to spend more time with the Main Character. It’s also possible for the Main Character to take advantage of the enchanted person financially.

Also known as the Scorecard Keeper, the Scorer is one who keeps a tally of everything their partner has done throughout the relationship. Oftentimes, this tally has more to do with the mistakes made by their partner, but may also include all the nice gestures the Scorer has done.

Scorers use their tallies to gain the upper hand in the relationship or even excuse personal wrongdoings.

Imagine, you missed your partner’s birthday or perhaps your monthsary or anniversary. Dating a Scorer means having your partner hold that mistake over your head weeks or even months down the road. They may even do something wrong intentionally and use your prior mistake to forgive them.

Such behavior ultimately brews guilt, bitterness, and resentment in one’s partner. There are some cases where both parties become the Scorer to become the superior partner, resulting in a relationship that no person will feel satisfied, much less happy, in.

People who say that we are our worst critics have surely never found the monster that is the Critic in their respective partners.

Otherwise known as the Judge, the Critic is the type of person who manages to pick at every detail about their partners, down to the smallest of things.

Consider comments like “You wear too much makeup,” “Why do you have to go out with your friends? I thought we were video calling tonight?” or “You talk a lot, you know?” and then imagine hearing them regularly from the person you’ve come to love and adore. It doesn’t feel too good, right?

That’s because these words, while not always mean, chip away at our self-esteem. Similar to prior monsters, the Critic takes such a stance to gain the upper hand in the relationship, always finding faults with their partners to the point where said partners keep second-guessing themselves and doing everything to make the relationship better.

Recommended reading: A Man’s Guide to Dating in Africa

Committing to a relationship means that we’re ready to support the other person through every endeavor, regardless of the obstacles we may face. For many, they expect the same treatment in return.

Unfortunately, that’s near impossible when one is dating the Luggage Trolley. As the title suggests, a partner like this one is carrying a lot of baggage—baggage that may be hindering their ability to make sound decisions and readily care for others.

They can be too dependent. Now, we need to point out that there’s nothing wrong with having emotional baggage. In fact, it’s perfectly normal considering the various problems that we encounter in life.

But loving someone who has too many to deal with may get overwhelming, even tiring, for a regular person.

Unlike registered therapists, we’re not exactly equipped with the proper training and knowledge to help this type of partner out. Aiming to do so is fine, especially if we have a deep connection with the person. Still, we also need to prioritize our well-being. Sacrificing our mental health for the sake of another’s is a sure sign that we’re trapped in a toxic online relationship.

Arguments are part and parcel of any relationship. After all, a relationship comprises two unique individuals, each with their own quirks, feelings, and opinions.

With that said, arguments and fights only become detrimental to the relationship when neither party is willing to set things right in order to move on. Here is where the Stone Wall comes in. A Stone Wall partner uses silence to shut their partners out, effectively cutting off the fight and, in turn, the conversation.

They don’t allow their partners to set things right, nor do they make any efforts to apologize and make amendments if they’re in the wrong. Once the Stone Wall deems the argument (or conversation, really) over, they just cut things off. In the case of an online toxic relationship, it may be through the abrupt end of a chat, video, or voice call, or even ghosting their partner altogether.

Finally, we have the monster that everyone is quite familiar with, but at the same time not: The Green-Eyed Monster.

Even experts say that jealousy is normal in relationships, more so if we’re doing long distance. However, as we all know, too much of anything is bad, which is exactly what it’s like with the Green-Eyed Monster.

They get jealous of anyone and everyone, especially the people who spend time with their partners regularly. This jealousy is often a product of the insecurity borne from the distance between the two parties.

Whether it be a result of insecurities or not, the Green-Eyed Monster’s presence is evidence of the lack of trust in the relationship. And, as previously mentioned, once trust is gone, the other components are soon to follow.

Another thing worth noting is that possessiveness usually accompanies jealousy. Some Green-Eyed Monsters may reach a point where they feel the need to meddle with their partners’ schedules, trying to monopolize their time to lessen their partners’ possibility of cheating, even though nothing hints at it in the first place.

Have You Met These Monsters?

Or have you had concerned loved ones point them out to you? If so, maybe it’s time to reevaluate your relationship. Talk to your partner to hash things out, maybe try to reach an agreement where both parties strive to better the relationship by straying far away from the aforementioned monsters.

Also, don’t be afraid to reach out and ask for help if talking isn’t so effective for your situation. Having an outsider’s opinion, especially a professional counselor, may lead you to the answers that will not only help you, but your partner and relationship as well. 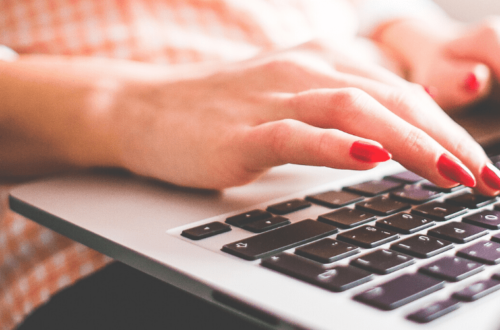 Online Dating Scams, Red Flags & How to Avoid Them 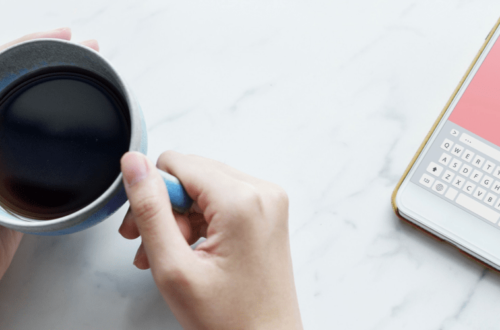 How To Set Up A Cool Online Dating Profile 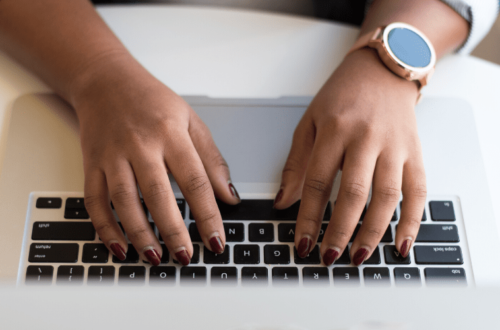