Dating a foreigner in South Africa can be incredibly romantic, but we cannot ignore that it comes with its load of practical issues that you two will have to tackle. Asides from the cultural and social differences you two would inevitably have, there are more long-term issues that you would have to deal with, especially if you’re in a serious relationship.

As we always say, the enemy of smooth interracial dating is bad communication. If you’ll stay together without starting a civil war, you’ll both have to be adequately informed about each other’s background- weird habits and all. It’s not an easy task, but if you want to keep the relationship you have, it’ll have to be done.

It takes more than love and butterflies in your belly to date a foreigner, but it’s absolutely doable. Countless success stories on Truly African prove that interracial dating could be a success if both parties are willing to work at it.

Don’t get fazed with all the ‘work-at-it’s that we’re mentioning. Relationships need work anyway- whether you’re both locals or you’re both foreigners. Let your desire for your partner fuel your urge to know the most you can about them so that you can love them to the best of your ability.

Let’s get into it; here’s all you need to know about dating a foreigner in South Africa.

Dating in South Africa is generally a liberal affair- they legalized homosexuality in the country, which shows that they’re not close-minded, old-fashioned people. People are allowed to follow their hearts without fear of discrimination.

Many South Africans date foreigners for a bunch of different reasons. The most popular ones are:

i. They think foreigners are more exciting

Of course, if you were born and raised in a culture, much of it may not be fascinating to you anymore because it would have become the norm. For people passionate about adventure and having new experiences, dating a foreigner is always a good idea. The difference in your perceptions and personalities would be an interesting foundation to build a relationship on.

Related to this: How to Use Dating Sites In South Africa

ii. They think that foreigners treat them better

iii. They think that dating foreigners give them more exposure

And they’re right. Dating someone from a different country is a surefire way to learn about a culture and lifestyle different from what one is used to, without necessarily visiting the other person’s country.

All these perks make foreigner dating more appealing to South Africans, and all these work for your good if you’re a foreigner looking for South African singles to date.

However, these perks come with their own downsides. Not to discourage you or anything, but we like to help people know just what they may be getting into and a general view of what to expect of their love decisions. Dating a foreigner is exciting, but when things get serious, there’s a lot more to consider than just the feelings that you have for each other.

Here are some hurdles you would have to consider:

Because you and your partner were brought up in different societies, there will be a fundamental difference in your behavior. We hate to be Captain Obvious with this point- we can almost see you rolling your eyes and going, ‘Duh, that’s the fun of it.’ But we know how relationships can get- over time, these little differences could be what pulls you apart instead of bringing you together.

Little things like greetings and behavior towards elders count. South Africans revere their elders, and it is not cultural to call older people by name. That’s part of how they show respect. For example, a British person will not feel the same way because that’s just not how they were raised.

Down the lane, this difference will reflect in how you each think your children should be raised. This one is a big issue that will require a lot of communication and compromise, but we guess you’ll cross that bridge when (or if) you get there.

This is a common issue in interracial dating. Nuances, slangs, and expressions may be misunderstood or not even understood at all. You have to get ready to explain many things, at least until you each get used to each other enough to understand some lingo. A lot of things will get lost in translation until then. This may ruin many jokes because the nuance that contains humor in the language is only effective when you both understand the context. What you’re saying can and most probably will be interpreted completely differently from how you meant it.

Also, South Africans use a lot of slang. They have alternative names for many things- it’s almost as if they feel like it’s an insult to their creativity to call things by their original names. These people call fries’ slap chips’. And that’s not even the half of it. However, this difference is something that you two can easily work through- in fact, you could bond over learning each other’s language. Bonus: you’re bound to go through some hilarious moments as you navigate and misunderstand each other.

At some point in your relationship, one person would have to move to the other’s country. This is when immigration restrictions set in. It’s not uncommon for a foreign partner to wait years for a work or spousal permit. During the wait, you two may have to rely on one’s income while waiting for the other to get official authorization to work and earn money in the country. This can be a really tough period and can be the reason some people avoid dating a foreigner in South Africa.

There’ll be a lot of documentation and interviews and long queues at Home Affairs, so brace for impact.

An inevitable part of moving to another country to live with your partner is that you will be without your family. Yes, you love your partner, and you enjoy their company, but you’ll miss home. You’ll miss the familiarity of being among your people and eating your favorite local food. All the little things that make staying in your country peculiar will come together in a giant wave of homesickness.

Of course, you can keep up with your family back home with FaceTime, Zoom calls, or Skype. Communication technology is cool and all, but you can’t feel the warmth of your siblings’ hug from an iPad.

How To Make Interracial Dating Work

Here a few tips to help you understand your partner better to make South African dating a success. They’re ABCs, but they’re not that simple. Following them can make all the difference when you’re dating a foreigner in South Africa.

Related to this: South African Dating and Marriage Customs

Accept what you cannot change

Your partner is an adult that has lived all of their lives being a certain way. They may adjust some parts of their lifestyle and personality to become a more suitable person for you, but don’t expect them to change completely. That’s unfair, even to make someone bend to your taste.

There will be parts of them that will not change, and you should identify and come to terms with those parts as soon as possible.

While helping your partner learn more about your culture and subsequently understand you better, you have to be considerate. It will take some time for them to learn how things work on your side of the world, and that’s okay. You didn’t know it in a few months either- you’ve been learning all your life, so help them pace the knowledge and information in a way that will make it easy for them to understand.

During that time, you should also be learning to understand your partner and their background. If it’s a joint effort, it would be easier to enjoy the process because you would understand the need to take things slowly too.

You and your foreign partner will have to meet in the middle on many occasions. You two have to be deliberate about deciding what to compromise on, however, because things could quickly and subtly get one-sided.

With every decision you make, make sure to evaluate its benefit to the relationship and make things better for both of you. If things are continuously favoring one party over the other, bitterness and fights will soon creep in and ruin things.

Develop an interest in each other’s background

The best way to improve your relationship with a foreigner is to learn as much as you can about them, and vice versa. Learning about each other’s kinks will increase empathy and understanding for each other. This will help you gain more insight into the basis of each other’s actions and decisions.

You don’t have to make this a chore- enjoy every step of uncovering your partner’s many layers and open up enough to allow them to do the same for you. It will pay off in the long run.

Ensure that you communicate!

During your relationship, or even before one develops, make sure that your feelings are accurately heard. Talk to your partner about pain points and every other thing that bothers or confuses you. It may be hard to do this because you don’t want to come off as overbearing. But keep in mind that only people that are willing to listen to you deserve the luxury of your attention. And that’s on period.

Now go on ahead and create some unique relationships, or just the one relationship, if that’s what you’re about. 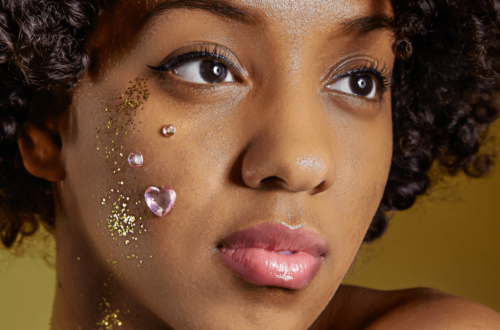 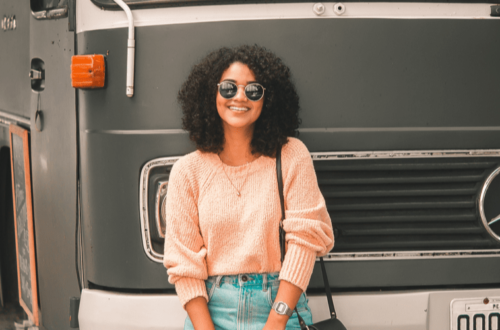