Tanzanians are known for their warmth and friendliness, but the same cannot be said for the country’s dating scene. Dating in Tanzania requires full knowledge of the country’s overall lifestyle and beliefs. As we always advise when it comes to interracial dating, knowledge, and understanding are crucial to its success. Learning your foreign partner’s roots and how it influences their behavior will help you understand them better, and that can only make for a smoother relationship with them.

This guide will walk you through what Tanzania is like and what it’s like to date in Tanzania. We’ll also look at how and where to meet Tanzanian singles and how to kickstart online dating in Tanzania. Ready to go on this ride? Buckle up, and let’s get into it.

Tanzania is a culturally diverse country that is rooted in ancient cultures and traditions. This makes for a pretty homogeneous demographic, as most of them live by similar principles.

A significant portion of the Tanzanian population are farmers, as Agriculture is a major industry in the country. Other key sectors of Tanzania include fisheries, mining, manufacturing, electricity, telecommunications, and IT.

Many people also have tourism jobs, as Tanzania is home to some of the largest tourist attractions in Africa, such as Serengeti National Park, Mount Kilimanjaro, Lake Victoria, Olduvai Gorge, and the buzzing capital city, Dodoma.

Tanzanians speak Swahili and English, but you will find more Swahili speakers than English. The predominant religion in Tanzania is Islam, so many restrictions surround the concept of dating in the country. We’ll get into the details in the next section.

Tanzania is a patriarchal country, so gender roles are adhered to and lived by. Added to the country’s Islamic beliefs, it reinforces that dating in Tanzania will require understanding, so let’s get you some of that.

Why You Should Date a Tanzanian

As we are known to do, let’s do a little convincing. Interracial dating seems like a lot of work, but what relationship isn’t? To give you some fuel for your drive, here are some reasons why dating a Tanzanian is totally worth it.

Dating foreigners gives you a first-hand experience with a culture and lifestyle that is totally different from yours. It will expand your perspective of the world and improve how you relate with people, knowing that your values and norms do not apply to everyone else. You also get to learn a new language, try new food, explore new ways of having fun, and don some exotic African clothing.

Tanzanians are very accommodating people who often welcome visitors with acts of kindness that could take you by surprise if people in your country do not behave the same way. Tourists can attest to this. They are generally open to lending a helping hand and almost always wear a smile. You would hardly find a Tanzanian with a frown (if you do, please let us know).

They bring this trait to relationships, and they often show affection by being warm and polite. They will extend this hand of friendliness to your family or friends if they meet them.

Remember the famous phrase ‘Hakuna Matata’ from Lion King? Tanzanians coined that. It translates to ‘No worries’ in Swahili, a major lifestyle tenet practiced by Tanzanians.

In Tanzania, Hakuna Matata also applies to how the [people work and interact with time. The people here do not rush, and this slow-paced approach to everyday life makes them more mild-tempered than the average person.

They are artful storytellers, mainly because they were raised in a culture that upheld the spoken word. Many of Tanzania’s ethnic groups have very little written history, as most of them have been handed down in spoken form from one generation to the next. Stories are an integral part of much of the country’s history.

So dating a Tanzanian is a free pass to many amazing stories, and if things work out between you two, bedtime stories for your kids are already sorted out.

Most Tanzanians have close familial ties, and respect for the elderly is traditionally preserved by all. Children are brought up to show respect and a good sense of discipline.

Where To Meet Tanzanian Singles

If you’re looking to meet Tanzanian singles, here are some of the best places to try.

You can meet Tanzanian singles on online dating sites like Truly African. With a well-written dating profile, you’ll be set up to meet exciting people from Tanzania who are also looking for love and companionship. Please read our guide for writing a killer dating profile here.

Restaurant hopping is a great way to meet Tanzanian singles, especially if you’re living in any of the cities where eating out is common.

Tanzania is a prominent African tourist destination, with attractions like Serengeti National Park, Zanzibar beaches, Ngorongoro Conservation Area, and many more. These destinations employ many Tanzanians, and so a trip to any of them can yield a successful connection with someone that may be your future heartthrob.

Now let’s move on to the accepted dating behavior in Tanzania. You don’t want to dive into the dating scene, assuming that things work the same way they do in your country. Things will not go very well if you take that approach, so let’s take a look at the stuff that will help you ease into Tanzanian dating as smoothly as possible.

To start with, ‘dating’ is not a very popular concept in Tanzania. The country is very conservative, and relationships between unmarried people of the opposite sex are frowned upon. In cities, there is more acceptance because of the diversity of the population and their orientation. Still, in many of the rural areas and suburbs, dating is a no-no.

Tanzanian women are shy and reserved. They are not very assertive, and they do not speak much. However, they carry themselves with dignity and are always clothed modestly.

Tanzanian men are more outspoken but can be shy by certain standards. They are not used to seeing women being carefree or dressing in a way that shows bare skin. They may act strange if they meet women from more liberal countries who are comfortable speaking to men and even making advances.

Men provide for their families, while women take care of the household. However, more Tanzanian women are taking on business and leadership positions. Still, if you go on a date with a Tanzanian lady, you should pick the bill.

In Tanzania, it is polite to ask about someone’s health and family, but only in general terms. Tanzanians may prolong questions about your family or your country, but do not take offense. That’s how they show concern about your welfare.

Tanzanians are not comfortable talking about romantic relationships. They keep those things hush-hush. Although they may provide answers to your questions just so they do not seem rude, these kinds of conversations are awkward for Tanzanians. So do not tease a pretty Tanzanian girl about how many boyfriends she has had or how many guys are dying to have her.

You can make conversations about what you find interesting about the country and the thrills and struggles of understanding the culture. That is generally a good talking point for interracial conversations. You can take things further from there, depending on your partner’s responses.

In Tanzanian culture, public displays of affection, such as hugs or kisses, are impolite. The same goes for demonstrations of intense feelings, such as aggression and sadness. However, it is not uncommon to see people of the same sex holding hands, which is the major physical way Tanzanians display affection.

Tanzania is renowned for its warmth and friendliness. They even tend to keep shake hands much longer than average people! Do not take that as a sign of romantic interest or intent; that’s just how they are.  However, women typically have a limp handshake and look down, which indicates the docile personality expected of women.

The proper way to greet a new acquaintance is to use titles or last names. Address men as Bwana, Swahili for Mr. Use Bi for older women, and Kosa for young ladies.

Tanzanians try to clean up nice. Their culture respects well-dressed people, so even the poorest of them will don a nice robe.

Due to the mostly Muslim population in Tanzania, particularly in the Zanzibar island, women and men dress conservatively. Men wear robes or tunics, and so do some of the women, with women also donning a headdress or hijab. In the cities, the dress code is more liberal and relaxed, so you will find people wearing

Hey, you made it to the end! Awesome! You’re now full of valuable information that’ll help you conquer the Tanzanian dating scene. Good luck with your search for love! 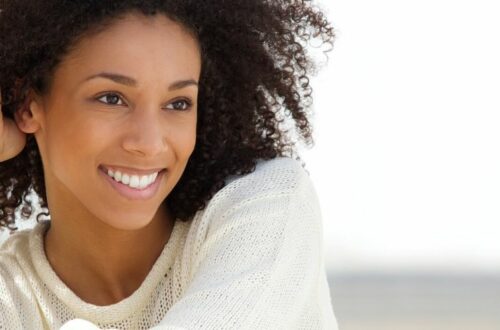 8 Reasons Why You Should Be Dating Tanzanian Singles 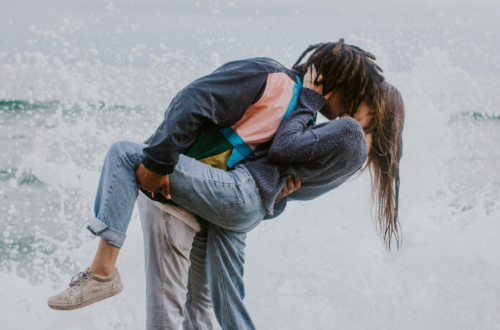 How to Use the Most Popular Dating Apps In Tanzania 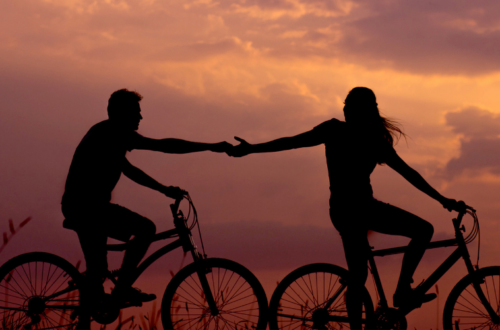