Love never really goes the way we want it to, no matter how much we wish it did. That’s why you should be more open-minded when it comes to pursuing love. You never know what can happen next. Most tend to take this idea negatively, but don’t forget that the opposite is also true. You can also find love in the most unexpected places, or perhaps, countries—making Tanzanian dating a great choice for a lot of people.

Tanzanians are great romantic partners to consider, thanks to their warm and relaxed personality. They’re also incredibly friendly, even to foreigners they’ve met for the first time.

A Quick Introduction to Tanzanian Dating

Interested in dating a Tanzanian single? Before diving into the dating scene, prepare to learn more about their culture—especially if you have an uninhibited personality. As a country that mainly practices Islam, their values remain mostly traditional and conservative. This, in turn, affects Tanzanian dating customs drastically. What seems normal for you is likely to be frowned upon for them. If you want to have a prolific dating life, it’s necessary to search more about Tanzania.

Studying Tanzania’s culture isn’t just necessary for face-to-face dates—the things you learn can also apply to online dating in Tanzania. Foreigners looking to catch a Tanzanian single’s heart should do their due research, whether they’re looking to date offline or online.

Don’t know where to start? Reading this guide is a great step in the right direction. Here are a few things you should know about Tanzanian dating customs.

Tanzanian society has multiple classes dictated by various factors, such as one’s ancestors, knowledge, and wealth. While this isn’t necessarily applicable to foreigners who grew up outside Tanzania, it can still affect the level of respect the public gives you.

If you’re proficient in English and other non-Tanzanian native languages, they will view you in a better light than one who knows the basics. Those who are fairly rich also receive more favor. However, wealthy people are also expected to be more generous when it comes to dates.

There’s no need to pressure yourself to gather wealth or learn more to look more respectable for Tanzanian singles, though. Their society is always warm and welcoming of everybody, no matter what their social status may be.

However, it would be best if you still were prepared — Tanzanians speak more bluntly to those they perceive to be of lower status. That doesn’t mean that they’ll be rude to you, but if you’re sensitive to how things are said, you might feel hurt by how direct they speak. So try not to take things too personally when starting out with Tanzanian dating.

2. They are people of the arts

Tanzanians are excellent storytellers and dancers. Their history is mainly passed on through word of mouth, which makes stories a vital part of their culture. As a result, most Tanzanians possess an interest in theater arts.

They are also well-known for their handcrafted items. Depending on the region, their activities may include carving, basket weaving, pottery, and musical instrument making. They also work with a variety of mediums, ranging from wood to ebony and precious stones.

Singles who intend to begin online dating in Tanzania can use these topics as conversation starters. From there, they can eventually branch off into getting to know each other’s interests and hobbies.

As the relationship progresses, you’ll inevitably make plans to meet offline. To prepare, you might want to practice your patience before jumping into Tanzanian dating.

3. They aren’t sticklers for punctuality

That doesn’t need to spell the end of the relationship, though. Tanzanians are always open to conversation, especially if it’s something that bothers you. If you raise the issue of their tardiness to them, they’re sure to improve their timeliness or reduce the time they’re late.

It’s possible that you might feel concerned about their constant lateness and misinterpret it as a lack of interest. There’s no need to worry, as that’s not the case at all. Arriving exactly on time isn’t really a common concept for Tanzanians, so in turn, they don’t associate being punctual with being committed to their partner.

Keep reading: How to Use the Most Popular Dating Apps In Tanzania

If you enjoy tasting new kinds of food, then you’ll definitely have fun exploring Tanzania’s cuisine while Tanzanian dating. They offer a wide variety of food options, ranging from food stalls to local establishments. You can grab food on the go with their grilled meats. For sit down meals, scoop up flavorful sauces with ugali, a cassava or maize flour-based dish.

A couple of regions also have some food they consider taboo. Pork is a commonly prohibited meat, but it can also include beef or goat. Make sure to ask your Tanzanian partner about their food preferences so that you won’t offend them accidentally.

Alongside their distinctive food is an even more unique dining experience. Their food is served in communal dishes, where you take the portions you want for yourself. Traditionally, meals are eaten on the floor or a low table.

Forks and knives don’t have a place at their table — they eat mainly with their hands. Sanitation won’t be an issue, as they supply bowls of water where you can clean your hands. A word of caution, though, Tanzanians only eat using their right hands. The left hand is considered unclean and used only in the bathroom.

Tanzanians value food, and its cooks even more so. As a guest, you should always take a small portion of food to show respect. No matter how appetizing a dish may smell, avoid sniffing it. Doing so implies that the food is bad, which, in extension, also applies to the cook.

If your dates are going well, you might become interested in taking the next step in the relationship. However, you should always keep in mind when it comes to Tanzanian dating customs; you should always take it slow.

Islam is the religion that most Tanzanians follow. This is why most Tanzanian singles tend to be reserved in their relationships, in more ways than one.

Tanzanian society expects women, even foreigners, to dress conservatively. That means no clothing that reveals the shoulders or knees. In some regions, you might also need to wear headwear that covers your hair and forehead.

Tanzanians are also reserved when it comes to physical affection between those of the opposite sex. Public displays of affection are frowned upon, whether it may be holding hands or kisses on the cheek.

On the other hand, physical contact is alright for members of the opposite sex. If you’re interacting with a fellow male or female, you can expect them to tap you or touch your hand often as a sign that they’re listening to what you’re saying.

Tanzanians respect people who aren’t easily swayed by their emotions. For them, this speaks volumes about a person’s discipline, which is one of the traits they value. As a result, most Tanzanians are also non-confrontational in nature since they want to avoid situations that can stir up their feelings.

Their emotional discipline may be admirable, but it can also lead to communication problems in the future. Your Tanzanian partner might not have the capacity to figure out what they actually feel since they are used to restricting their emotions.

The best thing you can do in this situation is to be patient and understanding of their situation. Besides, verbal communication isn’t the only way they communicate with each other.

Tanzanians pay attention to a person’s nonverbal cues as they speak, including facial expression, tone, and body language. If you speak in front of a group, you can expect them to have different perceptions of what you said. The same also goes for your partner.

When speaking to your partner, you should be careful about how your nonverbal cues are interpreted. If you aren’t, you can end up hurting your partner’s feelings. In some cases, you might not be used to being mindful of your actions. If that’s the case for you, then make sure to tell your partner so that they know not to read too much into how you act. With a little bit of patience from both your sides, you’ll eventually be able to learn how to navigate the waters of nonverbal communication.

If things go well between you and your partner, they may start introducing you to their family. In Tanzanian culture, that is a big step towards furthering the relationship.

8. They prioritize their family, above all

If you’re dating to marry your partner, then you should get their family’s approval. Family comes first in Tanzanian culture. That also includes extended relatives, or sometimes the entire village. Despite the large size of the community, they’re a tight-knit group. They do their best to help each person that may be in need. If you put in the effort to get in their good graces, you’ll find that you’ll have a huge family to rely on in the future.

Easier said than done, you might think. Worry not. As long as you keep these tips in mind, you’ll easily be able to gain the approval of your Tanzanian partner’s family.

One of the most important things you should remember is that you should always respect those older than you — no ifs, ands, or buts. That means no contradicting their points or interrupting what they’re saying. Tanzanian culture is pretty strict about respecting their elders, so it’s best to err on the side of caution and be as accommodating as you can.

Otherwise, as long as you follow the aforementioned cultural traditions in this guide, such as the eating etiquette, communication methods, and more, then you’re on the right track to getting on a Tanzanian family’s good side.

Finally, while this guide tries to cover all the essentials of Tanzanian dating, don’t forget that you can always do more research independently. With the right preparations, you’ll be able to dive into offline and online dating in Tanzania with better chances of getting matches.

At the end of the day, though, you can still make mistakes — no matter how prepared you may be. And that’s okay. Messing up is an inherent part of love, and sometimes there are things that you can only learn through it. No one said love was easy. As long as you roll with the punches and stay positive, though, finding The One is only a matter of time.

8 Reasons Why You Should Be Dating Tanzanian Singles

How to Use the Most Popular Dating Apps In Tanzania 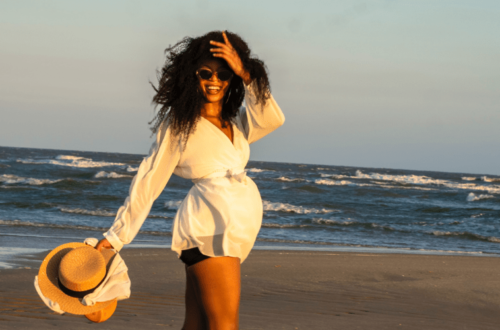 The Beginner’s Guide to Dating In Tanzania