Did you know that South Sudan is the world’s youngest nation? It declared its independence ten years ago from Sudanese rule. While it’s still finding its footing as a country, its traditions remain the same—especially on the dating front.

If you’re used to Western conventions, you may want to set them aside when talking about South Sudan dating culture. They’re almost nonexistent! Using dating apps is unheard of since they’re seen as violators of traditional practices. It may sound silly to you, but not to them.

So, if you want to date a South Sudanese woman, read up on her culture before you start looking for one. Not to worry, though, as this entry will show you the ropes of the ins and outs.

5 Things You Should Know About South Sudan Dating

Before you jump the gun and open whatever dating app you have on your phone, we recommend doing your homework on South Sudan dating customs first. Google is your friend! We promise—you’ll thank yourself later for this one.

Like most courtship traditions around the world, South Sudan has its own set of “rules.” While they’re not written on a stone tablet or anything, most (if not all) people follow them to the letter. Why? Their traditions tell them so.

If you want a South Sudanese woman to open her heart to you, understanding her upbringing and the nuances around it is the key. We raise you some points you may want to consider when getting to know her.

South Sudan’s culture is knee-deep in patriarchy; whatever the man says, everyone else should follow. This view is most evident in aspects such as marriage (which we’ll elaborate on later). Clear-cut rules are there from the onset and are non-negotiable.

Fathers or elder men are in authoritative positions. They’re also the designated breadwinners of families. Women are relegated to tasks such as household chores and growing crops. South Sudanese society treats women with a paternalistic approach. Parents are typically overprotective of their daughters for fear of shame going in their direction due to their actions.

Compared to men, women have lesser freedoms. Why? Tradition views them as the gateway to wealth. We’ll talk about this “key to wealth” subject in a little while for further discussion.

It’s not all gloom and doom for women in this country. Gradually, more of them are starting to receive a formal education, thanks to the efforts of NGOs and other relevant parties. Nonetheless, there’s more work to be done for complete progress.

2. Marriage is an institution

In a South Sudanese marriage, the man is in charge. On the other hand, the woman is responsible for home- and child-rearing; society expects them to be submissive to their husbands and follow their wishes. Does this seem unequal to you? In a Western lens, perhaps it is. But alas, South Sudan dating traditions sees this as the standard.

According to traditions, the establishment of gender roles is for the proper division of roles and responsibilities to guarantee total care, protection, and support. This, unfortunately, leaves women in vulnerable positions—especially if husbands fail to hold up their end of the bargain. Failure can mean the husband leaving the family or dying in a violent conflict (unfortunately, South Sudan has no shortage of).

For families, their daughters (and by extension, their marriages) are the key to accumulate wealth. The fact that the men pay bride price (money or other goods) to the woman’s family is a testament to the monetary value attached to unions. And instead of being a union of love, marriages are affairs that tie families together. And speaking of families, let’s touch on that subject in the next point.

3. Family is the top priority

South Sudanese society places the family on top of their food chain. And family doesn’t just refer to the typical nuclear setups here; it’s a network of kins that span extended family members and distant relatives. This network also includes the spouses’ relatives since the spouse is married into the family.

Why does this network happen? This happens because of the belief and expectation that extended family should rely on each other—especially in difficult circumstances. Say, for example, a conflict in their area arises and leaves the nuclear family widowed or orphaned. Extended family members are expected to take them in and look after them.

Families tend to arrange their children’s (especially their daughters) marriages. Unfortunately, kids won’t have much say since things have been decided for them. Even the extended family has a role to play in this. Not only do they take part in decision-making, but they have a social and financial stake in the marriage as well. So if couples have problems, it’s not just their business—it’s everyone’s business!

4. Their house, their rules

When with family, society expects South Sudanese children (daughters, especially) to follow their rules to the letter. They usually live with their parents until they get married; some even continue to do so well after marriage.

Women typically move into their husbands’ family homes as soon as they’re married. The traditional South Sudanese household comprises the following: (1) the elder couple, (2) the sons and their wives plus unmarried daughters, and (3) the grandchildren. That’s three generations’ worth of people under one roof!

Remember what we said about Western dating norms being almost nonexistent? This last point makes that very clear.

South Sudanese society views public socializing with the opposite sex (unless you’re a married couple) as improper and even punishable under certain conditions, especially for women. Couples can only go public with their relationship when they’re settled down and about to get married.

Now that we’ve got the context down, you should be able to understand South Sudan dating better. Don’t get discouraged by all of these, though! These are guide points that’ll help you out in the long run. And if you genuinely love her, you’ll thank yourself later for doing the work in getting her to open her heart to you.

Want more dating guides? Follow the TrulyAfrican blog for tips and tricks! We guarantee frequent updates through our helpful entries. 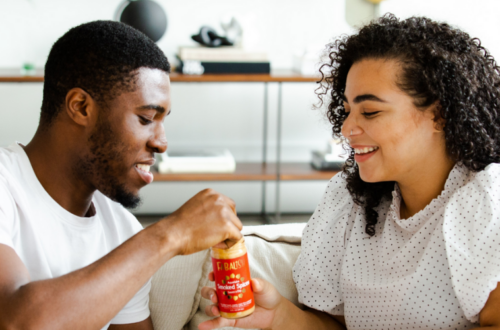 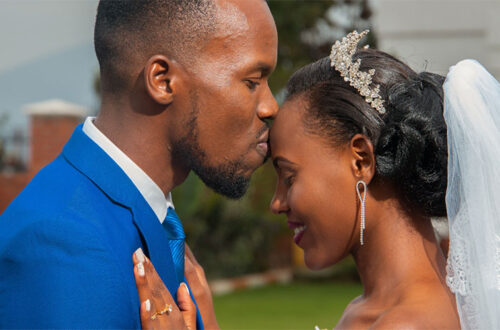