There’s no single guaranteed way to find The One. However, that doesn’t mean that you shouldn’t stop seeking out love yourself. Some think that it’s not a matter of when, but where. That’s why some people decide to travel overseas—not only to learn more about the world and enjoy what it has to offer but also to hopefully find love in the process. For example, though it may seem daunting, dating life in Morocco is one that attracts a lot of people.

However, foreigners often face a common problem when traveling to a country they haven’t been to before; they know next to nothing about its customs and culture. That can lead to a lot of problems in the long run. You might come across as awkward at the very least or incredibly offensive at most. Hopefully, you should be able to avoid the latter with this guide.

Morocco’s culture is fun to learn about, but the various mix of traditions it possesses can be a bit confusing at times. Fortunately, you won’t need to navigate it blindly. Here’s what you need to know about Moroccans.

Morocco’s official language is Arabic, but most Moroccans know how to speak Berber and French. Unfortunately, English isn’t a common language to learn for Moroccans — at least for those living in rural areas. They might know a few words here and there, but not enough to hold a conversation.

That won’t be an issue if you’re looking for a date in cosmopolitan cities such as Marrakech or Casablanca, though. Most tourist spots are likely to have people who are proficient in English as well. However, it’s best to keep your expectations low. English isn’t a widespread language in Morocco yet.

We recommend keeping an Arabic or French dictionary close while traveling around Morocco. Better yet, try learning at least the conversational level of either language so that you’ll have an easier time once you do take the trip to the country.

Most Moroccans practice Islam as their religion, with a few Christians and Hinduists in between. Be prepared to see numerous mosques here and there. If you’re interested in seeing these unique architectural places, keep in mind that Moroccos prohibits non-Muslim foreigners from entering.

If you’re traveling in rural cities, make sure to avoid peeking inside these holy places. They might consider it disrespectful and offensive. Avoid walking through other sacred locations as well. These include graveyards, koubbas, and zaouias. Koubbas refer to the local saints’ tombs, while zaouias are religious schools and monasteries.

Since Muslims follow the lunar calendar, the date of their celebrations tends to vary. Your stay may unexpectedly coincide with occasions such as Ramadan or Eid al-Fitr. While you aren’t required to adhere to these events, you should at least afford some degree of respect. For example, during Ramadan, you should avoid eating or drinking in public.

When doing things that involve your hands, such as gesturing or eating, make sure only to use your right hand. Moroccans view the left hand as impure. They believe that people should only use it for bathroom activities or cleaning chores.

If you’re trying to call someone’s attention, avoid using your index finger to point them out. Try beckoning to them with a downturned palm instead. The movement should be similar to that of a lucky cat charm, sans the paw-shaped fist.

Always keep change at hand while you’re traveling around Morocco. Tipping isn’t exactly required in Morocco, but the lack of it is sure to earn disapproval. Here are the tips (pun intended) you should always try to keep in mind.

When dining in restaurants, tips should be at least 10% of the bill. Feel free to go beyond that amount if the employees provided you good service. If the service wasn’t that great, you could also express that by not leaving a tip at all. For taxis meanwhile, rounding up the meter’s value is the norm. If the meter is broken, make sure to ask the driver for the price instead.

Tips are also a must when you ask someone to help you out, especially if you’re asking for directions. Some Moroccans take advantage of this custom by volunteering their help with the expectation of being compensated. Fortunately, you can avoid this predicament by hiring a guide instead or politely refusing their offer to help.

Now that you know a bit more about Morocco’s culture, you’ll be able to travel around the country as well as any local can. As you start to become more comfortable with living in the area, you might begin entertaining the possibility of dating a Moroccan. Read on to find out more about the dating life in Morocco.

Where to Meet Moroccan Singles

Dating Moroccans can be a fun experience, provided that you know where to find interested singles. As a country that primarily practices Islam, you can expect Moroccans to have traditional beliefs regarding gender roles. That means the men are the only ones who you’re bound to find outside. Women, meanwhile, stay in their homes.

Meeting Moroccan men is as easy as frequenting places with many people, such as bars and cafes. If you want to meet a Moroccan woman, you might want to use dating apps and websites instead. Once you do land a match, you can expect her to invite you to her home so that you can get to know each other better.

Recommended reading: What Not to Do on the Best Dating Sites in Morocco

Meeting Moroccans is one thing; attracting them is another. Let’s dive into the next part of the guide — catching and keeping a partner’s interest.

Status matters in Moroccan culture. While it isn’t as crucial for foreigners, it’s still something you need to consider if you want to catch any Moroccan’s attention. Moroccans base one’s status on various things. Linguistic abilities and clothing are part of the primary few.

For Moroccans, a person’s clothing serves as an indicator of their status. Style isn’t what they pay attention to, though, since they wear traditional and Western clothing of their own depending on the occasion. The quality of your attire is what matters instead, especially when it comes to dating life in Morocco. Wearing apparel that is made with skilled needlework and valuable fabrics is sure to make you look respectable to onlookers.

That’s why if you’re planning to wear traditional Moroccan clothing for your date, make sure that the one you have isn’t made poorly. Otherwise, you might want to stick to the clothes you brought along on the trip. No matter what you wear, make sure to dress conservatively, though!

Moroccans consider people proficient in multiple languages — French and Arabic, especially — as refined and sophisticated. They expect respectable individuals to be fluent Arabic speakers, while cultured people are knowledgeable in French.

We understand that learning a new language isn’t that easy for everyone. It’s alright to take it slow. Start with the basics, from simple words to the ones you’ll need for everyday conversation. You can learn more about reading and writing later.

Once you’ve applied the tips mentioned earlier for your dating life in Morocco, impressing any Moroccan you meet is sure to be easy. If you think that they have the potential to be The One, here’s what you can do to progress the relationship.

Pleasing a Moroccan is easier than you think. You should already be prepared since you know more about their culture, but here are a few more things you should keep in mind about dating life in Morocco.

The way to a person’s heart is through the stomach. This saying is especially true for Moroccans. They take pride in the dishes they have to offer, which are quite diverse in taste thanks to their mixed culture. Also, Moroccan males expect their partners to keep a full table every day.

Learning to cook Morocco’s traditional dishes is a surefire way to get your partner’s appreciation. Be prepared, though — making these dishes isn’t easy. First is the tagine, a slow-cooked dish served inside a clay cooking pot. It’s well-known for its flavorful taste. Another meal you should try pairing it with is couscous, Morocco’s national dish. It’s a pasta meal composed of numerous roasted vegetables, which is why it’s perfect for eating with meaty side dishes.

Learning Morocco’s commonly used languages should be a part of any foreigner’s to-do list. If you have a Moroccan partner, you’ll be pleased to know that this has the benefit of earning your significant other’s favor. They’re sure to appreciate the time and effort that you’re investing in the relationship.

Being proficient in your partner’s spoken language will also help make communication easier. Love knows no boundaries, of course, but having a way to talk to and understand each other will help solve relationship problems more swiftly.

There are other ways to know how your partner feels without asking them. You can also read their nonverbal cues, particularly their body language. However, this is a skill that one can only develop through time. As you gradually get to know your partner, you’ll eventually be able to recognize better what they’re feeling at any given moment.

Avoiding embarrassment, especially in public, is vital for Moroccans. The lengths they would go to steer clear of shame may even involve telling white lies. Also, while yelling and creating a public scene is acceptable, though that doesn’t mean that you shouldn’t do it wherever.

It would be best if you tried to adhere to Morocco’s rules as well. While the locals don’t expect foreigners to know all there is to know about their culture, you should avoid doing anything that Moroccans can perceive as offensive.

For example, you should always dress conservatively while you’re in Morocco. Outfits that reveal your shoulders or go above your knees are a big no-no. You might want to avoid wearing shirts as well. When you’re out on a date, keep the public displays of affection to a minimum. While these rules aren’t as strictly followed in the big cities, you should still keep them in mind when you’re in rural Morocco.

With this guide, navigating the dating life in Morocco should be a cinch. Don’t rush the process of finding The One, though. The country’s rich culture and diverse set of people are things that you should take the time to enjoy. If you relax and take things as they come to you, you’re sure to meet your other half in no time. 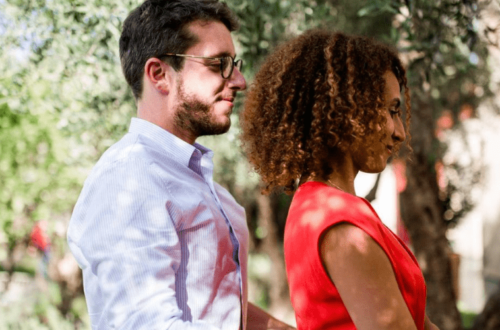 Dating Moroccans: How to Make the Relationship Work 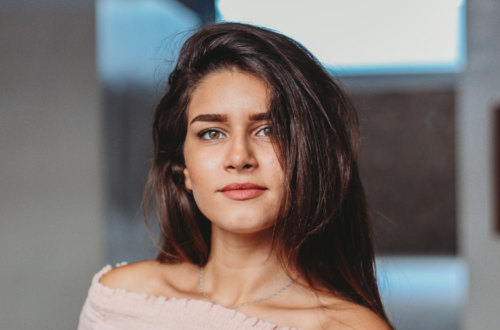 How to Impress Moroccan Girls 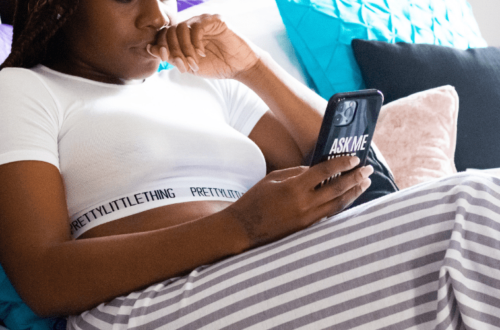 What Not To Do on the Best Dating Sites in Morocco